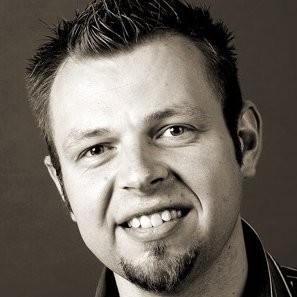 Bert is a Fellow at Luminis in the Netherlands. Next to his customer assignments he is responsible for stimulating innovation, knowledge sharing, coaching, technology choices and presales activities. Besides his day job he is a Java User Group leader for NLJUG, the Dutch Java User Group (3500+ members). A frequent speaker on Java (SE/EE) and Software Architecture related topics as well as an author and member of the editorial advisory board for Dutch software development magazine: Java Magazine. In 2008, Bert was honored by being awarded the coveted title of Java Champion by an international panel of Java leaders and luminaries. Previous presentations at: JavaOne 2011, 2012, Devoxx 2011, JavaOne Russia 2012, Jfokus 2012, Microsoft DevDays 2009, 2011, NLJUG J- Spring 2006, 2007, 2008, 2009, NLJUG J-Fall 2005, 2006, 207, 2008, 2009, 2010, Various NLJUG University Sessions, BEJUG Sessions in 2010, 2011, 2012. Tons of lectures on Universities (student tracks) and in-company presentations and seminars.

Over the past couple of years we have been building large scale Java applications and deployed them in the cloud. While dealing with typical cloud issues such as auto scaling, failover, and incremental deployments we meanwhile had to refactor them for significant functional changes.

Being able to deal with change and dynamics are important reasons for companies to resort to the cloud for application development. Short time to market and rapidly changing requirements can lead to experimental software design however. Dealing with constant change in a codebase is non-trivial. In order to facilitate much change a modular codebase is of great importance.

In this talk we will show you what we have learned on how to create modular Java applications and how to deploy them in the cloud using an Open Source approach without locking into one of the PaaS providers. We will discuss OSGi, scalable web application architecture, and Apache ACE for deployment and provisioning.