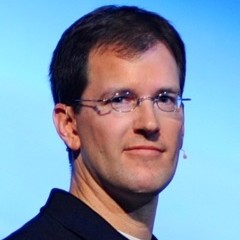 Kai Kreuzer is a Java and OSGi expert and a Home Automation enthusiast. He works as a Developer Evangelist in the Connected Home department of Deutsche Telekom AG. In his spare time he automates all aspects of his house – for which he founded the openHAB project early in 2010.

The term „Home Automation“ means to most people being able to switch lights and to control shutters with a smartphone. Many commercial offerings indeed do not provide much more than this.

The Open Source project openHAB (open Home Automation Bus) takes you much further than that: While running on small and cheap embedded devices like the Raspberry Pi, you can explore the world of Home Automation beyond the ordinary: Do a presence simulation by the push of a button; see live charts of your sensor data or adjust your irrigation schedule through Google calendar. openHAB is meant for Java and OSGi geeks: It comes with a powerful, Xbase-based scripting language, which allows to easily define every kind of automation logic you could possibly have in mind. Through its modular OSGi architecture it is furthermore very easily extendible, so that it can connect to a multitude of different systems. This session introduces the core concepts behind openHAB and demonstrates its advanced features in a live environment.