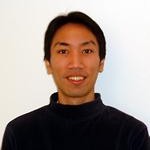 Kohsuke is a software engineer who enjoys writing code and solving problems. He has been working on a large number of open-source projects. He is probably best known as the creator of Jenkins, a continuous integration server. His projects span many different areas of the technology, but his main interest is around developer tools, XML, and web services in Java.

He has worked for Sun Microsystems, Inc. for about 8 years, and then briefly worked for Oracle as Sun was acquired by Oracle in 2010. Since 2010 April, founded InfraDNA to work on Jenkins (then called Hudson), which eventually got acquired by CloudBees, where he currently works as an architect.

Jenkins is the most adopted open source continuous integration server today, and beyond the automated build and test, it is a platform for launching all kinds of automation tasks. As the use of Jenkins grows inside an organization, people are automating complex activities that need to be choreographed, such as deploying an application, running a load test, cleaning up the environment, and then handing over the build to the operation team. Such orchestration of activities is a very useful building block for continuous delivery, a practice promoted in recent years. This session looks at various patterns and plug-ins that deal with this kind of choreography.