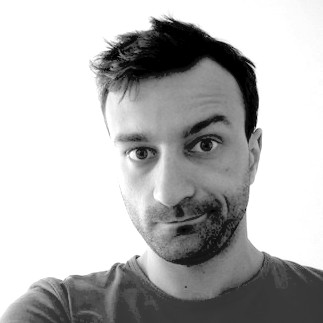 Marek joined Red Hat in January 2009 and started hacking on Cloud-related JBoss projects. He was the BoxGrinder project leader for a couple of years. BoxGrinder is a tool for creating appliances for various virtual platforms. Currently Marek leads the JBoss Application Server inclusion effort in Fedora operating system and helps with TorqueBox, a Ruby Application Server. Marek graduated from Opole Technical University, Poland. Since then he's been working as a Java EE developer using JBoss technologies. Marek has spoken at many conferences, like FUDCon, JUDCon, FOSDEM, Confitura, Javarsovia. He's on Twitter and has a website too :)

Messaging and scheduled jobs made simple

Java Message Service is a well-known standard for sending messages in the Java world. It's conceptually simple and easy to use. Every Java developer is familiar with it. Who has not used queues? Who?

On the other hand we have the Ruby ecosystem. There is no real messaging solution for Ruby. Some try to craft their own, some reuse existing solutions. In TorqueBox we made a fusion of the JMS standard and the beauty of Ruby.

TorqueBox is a Ruby Application Server based on the best Java application server out there: JBoss AS (really, we think it's true). TorqueBox makes it possible to run web (but not only!) Ruby applications allowing to use Java services which were available only to Java applications so far. As a bonus everything is exposed in a Ruby-like way (read: easy to use).

In this session Marek will briefly introduce TorqueBox and refresh the knowledge about concepts behind JMS. After this he will show how to use the messaging features of TorqueBox; with code examples, commentary and many demos.

Marek will also show how easy it is to schedule task execution with TorqueBox with cron (but not only!) expressions.