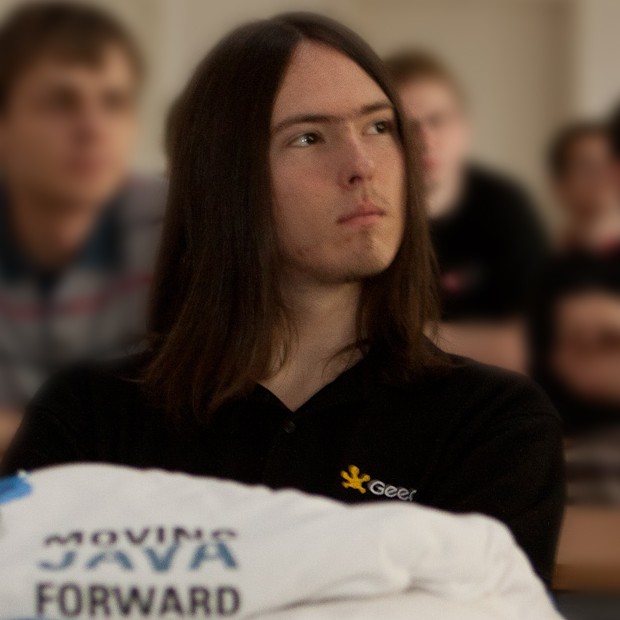 Konrad is passionate about the JVM, and the whole ecosystem that surrounds it. Lately he fell in love with Scala, but that doesn’t mean he’s not into Java or dynamic languages. He's doing all of this at his current workplace - Softwaremill. Other than that, he’s a fan of automating every possible task and ridiculously long keyboard shortcuts.


“After hours” he’s coding for fun and glory, speaking at conferences, or organizing (from small to large) meetups as part of the PolishJUG / SCKRK or the Kraków Scala User Group, such as the yearly GeeCON conference. In those rare times when he’s not doing something code-related, he’s collecting game consoles or playing tennis / squash.

He bloggs and tweets as @ktosopl.